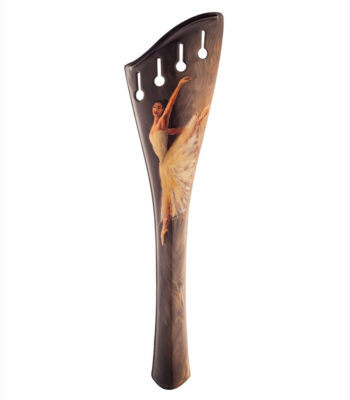 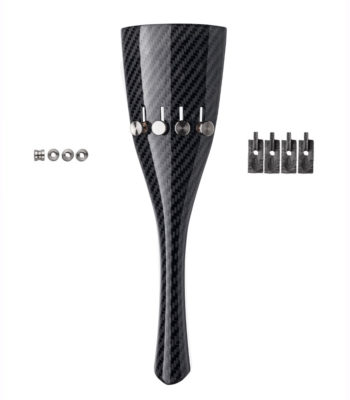 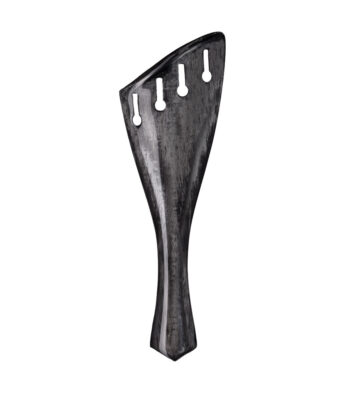 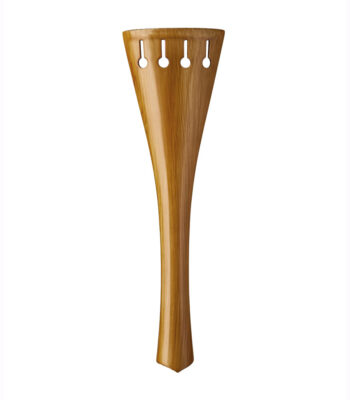 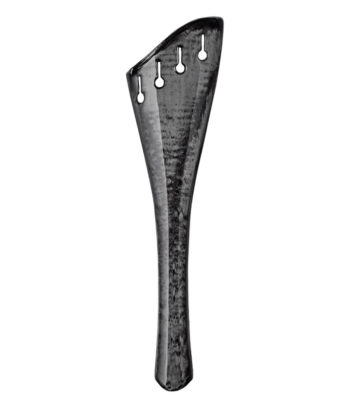 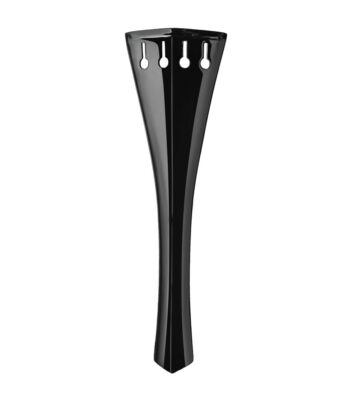 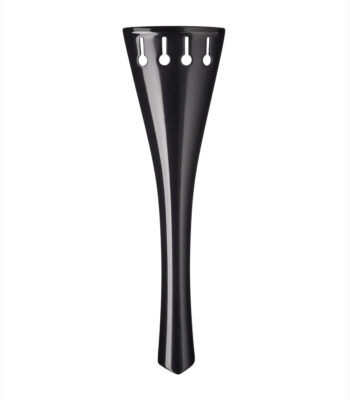 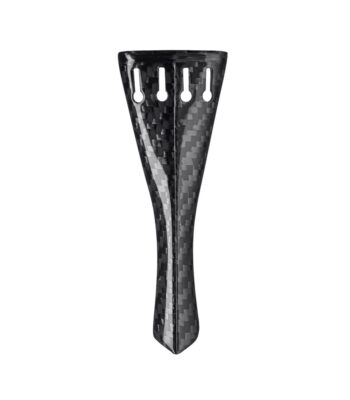 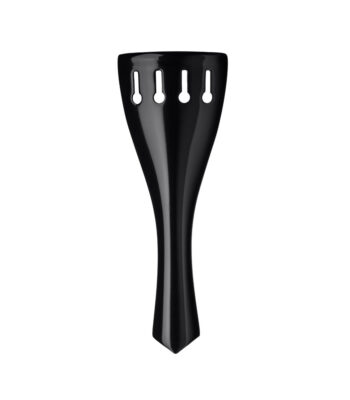 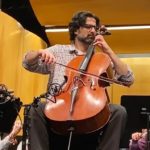 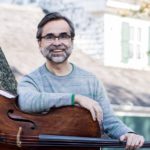 I play a George Chanot Cello. At my first two rehearsals for an upcoming performance of the Del Aguila Cello Concerto I ran into some projection/balance challenges. I rushed to install my new ConCarbo French style tail piece, and yesterday at the dress rehearsal it was WOW. Powerful tone, great colors, and super-response. Same hall, same orchestra, same podium, same cello and strings, just the ConCarbo difference. I am excited for the performance today, I’m so much freer to play with the phrasing and colors since I don’t need to work as hard. Compare prices to other carbon fiber tailpieces and the choice is very simple: Get the ConCarbo. 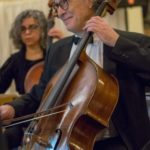 My observations as a player, and as a listener to the resulting recording are that the ConCarbo carbon fiber tailpiece provides a clear improvement in the performance of the cello in every respect. The response to the bow is greatly enhanced, as is the clarity and focus of pitches played, particularly in the higher registers on all four strings. The increase in the fundamental frequency seems to increase the power and volume in the lower register most especially, but it is my impression that this quality is also responsible for the enhanced clarity of pitch in the upper registers, as well. Ultimately, these characteristics make the cello more clear, focused, and projected in all dynamics, from the softest to the loudest. The difference is stunning and unmistakable. 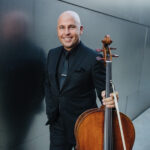 ConCarbo’s sleek, yet traditional, designs are a very good option for cellists, and if one is on a budget, look no further. The price is quite reasonable.
It’s hard to believe that an object so light can be so strong. The versatility of the tailpiece enables one to use any variety of strings, from raw gut to tungsten.  The resulting easier playability of the instrument, combined with the more burnished quality of the sound, made me a believer. I actually feel like practicing. I highly recommend ConCarbo *****” (five out of five stars!) 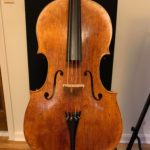 Before I installed a ConCarbo, I would describe my Guad pattern cello’s sound as woody, thick, and somewhat introverted. After a ConCarbo, the sound is still woody, but it’s now intense, powerful, and even explosive. It doesn’t feel like a brand-new cello, it instead feels like the best possible version of my cello. The build quality on this tailpiece is excellent as well, sturdy design and fine tuners that turn smoothly. I’m looking forward to fitting more of my cellos with a ConCarbo! And I know looks aren’t as important as function, but the tailpiece looks stunning on my cello! Very elegant. 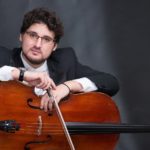 The best one tailpiece by far that I have ever come across is the ConCarbo by Georg Schegolsky. If I were to describe the difference in sound, it would be as if I had put on a brand new, SUPER expensive set of strings, except this change will be permanent, not a 6-month one. The more important difference that Mr. Schegolsky’s Tailpiece has made, is my wonderful “Vuillaume School” cello’s playability. This Tailpiece has made a significant difference in the way I produce sound and therefore my back muscles, hands and triceps are going to have a much longer life, which of course, is what we all want in this profession. I would recommend this product to all cellists, ESPECIALLY for the price!

As a long time professional cellist, I wholeheartedly endorse the ConCarbo tailpiece. I’ve experienced an immediate and dramatic increase in clarity, response and volume, and I’ve put aside my wolf eliminator, the always problematic wolf is gone. My luthier, (who was impressed with the quality and construction of ConCarbo), listening said it was an immediate 50% improvement in tone and focus. And frankly I’m just having more fun playing than ever. Ordering and shipping from Ukraine was painless and surprisingly fast. Thanks Georg! 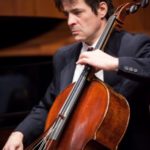 After installing the ConCarbo tailpiece on my cello I could notice a tremendous improvement on response, sound quality, harmonic production, playability and projection. I have been recommending this tailpiece to my colleagues. It is a rare example of affordability and quality together. 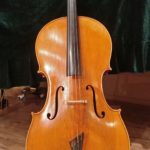 I own this FABULOUS harp style tailpiece for a couple months now and I can only say that this is the best investment that I could do for my cello especially considering the price. From the first moment my cello sounded better and ever since it is just better and better. When I play in concert halls where I played before, I feel again and again that I have a better cello and I can play easier and still sounding better. It is such a wonderful feeling! My cello has the base that it never had, sparkling tone on the high registers, even pizzicatos sound better!!…. Thank Georg and Internet Cello Society for letting me know about this awesome tailpiece! 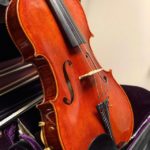 I’ve been playing with the new СonСarbo viola tailpiece for about 12 weeks & I can finally say I give it 10/10 on everything it claimed to improve on my instrument. Not only did it make the instrument sound bigger & clearer, it also improved the string response & allows it to sing with richer overtones & colors. It’s so much easier to get what I want out of my viola. It easily added thousands of dollars in sound to compete alongside solo concert instruments, but also gave me the sensitivity to blend in an ensemble. I would highly recommend to anyone looking to take their instrument’s natural acoustics to the next levels!

Using carbon fiber composite as material for string instrument tailpieces gives many advantages, but there are 3 most important of them.

High resonance conductivity of carbon makes it an excellent material for crafting tailpieces. It transfers resonance from string to body through tailgut.  Combined with low weight, it minimizes sound loss in the tailpiece. As a result, the sound of the instrument becomes more powerful, louder, richer and has faster response.

Carbon fiber has 2 – 5 times more strength to weight ratio than aluminum and steel. This feature makes products made of carbon absorb resonance much less.  The lightweight tailpiece allows string before and after bridge to vibrate more freely. Combined with high resonance conductivity of carbon fiber composite, it minimizes sound loss in the tailpiece.

Carbon is strong material, unlike wood, is not prone to cracks and chips. Not sensitive to changes of temperature and humidity. Due to the special structure and direction of carbon fiber fibers, the tailpiece has elasticity at diagonal loads, but high hardness under longitudinal loads, which is important for this part.

Order delay during the war.

Dear friend, on 24th of February russia dishonorably attacked Ukraine. I brought my family to western Ukraine in the mountains. Russians bombs all over the country but here is relatively safe. My workshop is in Kharkiv city which is under hard bombing and ground attack, so it is not possible to work for now. I hope soon there will be understanding how to proceed with my business and i hope with help of all civilized world soon we will win this war with russian threat for humanity.
If you decide to support me and make order, i will make sure that your order will be finished and shipped when it will be possible, but i can not ship any product for now.
If payment methods not working, please contact me by info@concarbo.com or https://www.facebook.com/concarbo/ to make direct PayPal payment.

Cookies
To make this site work properly, we sometimes place small data files called cookies on your device. Most big websites do this too.
Accept